Cymarshall Law releases the video for “Electric B-Boy” along with his new album “I Still Love H.E.R.”

The album is a dedication to staying true to what we love. When Hip Hop first began, it was an unwritten rule: to get on you had to be raw and original. Over time Hip Hop has become commercialized to the point where the masses find it hard to find genuine music that feels authentic. Cymarshall Law, is the definition of how Hip Hop was created to sound, an emcee who sounds like only himself, passionate, and skillful with a message in his songs to match.

The album I Still Love H.E.R. carries the energy of a younger Hip Hop that just wanted to be different, and didn’t care so much about being accepted. Without trying hard to be something else, it naturally is. Law is not afraid to be vulnerable in front of the audience, all while swinging through the eclectic acoustics of the album provided by the producers. Cy’s U.K.-born, New Jersey-raised, Jamaican background shines through in all his cadences and flows that are uniquely his own. Cy also trades bars with some of the most skilled emcees to date in emcee Grafh and U.G. of the famed underground group the Cella Dwellas.

The songs range from braggadocio to topics like “Creators”, “Growing Up in the Pandemic”, & “4 Jersey”, to the universally appealing love ballad “Innocence of Love” featuring Dynasty.

The album finds each track contending for placement with the best producers in the culture. Every song carries a distinct feeling that gives you that warm head nod vibe. The basslines and added DJ cuts/scratches blanket the album with that edge that is missing from so much of today’s music. However, as raw as this project is, balance is key here as Soul singer Kafeeno guests on several tracks to make the project sound complete. Within 12 tracks the album hits all its marks even blessing the listener with a poem written by Law’s 13-year-old daughter. In addition to the music, Cymarshall Law has become a first-time author as he also released his first book today, along with the album.

Cymarshall Law – I Still Love H.E.R. : The Cyography – 52 Laws of Freedom is part autobiography, self-help, poetry, and a coloring book!

Musically, this project is about remembering your love of your craft and attacking it with youthful energy, as Cymarshall Law and guests nobly proclaim, I Still Love H.E.R., it’s clear, this one is for the culture.

Check out the video for “Electric B-Boy” above. 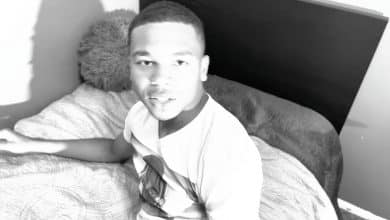 Cymarshall Law – The Normal New (Growing Up In The Pandemic)