Los Angeles rapper, producer, director, designer, activist, and all-around visionary David Sabastian wants sistas around the world to affirm their excellence with the official release of “Bad Bitch Holiday” on Believe In Yourself Records/BPG Music/Warner Records. The song is a celebratory ode to the women in Sabastian’s life, and motivated women in general. And the video, which features narration from self-proclaimed “Bad Bitch” Saweetie, is similarly uplifting—offering words of self-love and positive reinforcement, and surrounding David with a host of successful self-made women. The track showcases the rapper’s range as a musician—he can switch from politically charged anthems to hedonistic club tracks to romantic R&B effortlessly.

Produced by J.U.S.T.I.C.E. League, “Bad Bitch Holiday” is built around a breezy bounce and soft synths, the sounds of an endless summer. Sabastian sings marvelously about everything a woman deserves, including private stock, a helicopter on a helipad, jewelry, expensive watches, and all the love he has. He wants women to know that they deserve everything they desire and they can do it on their own.

“I wanted to pay homage to all women who need a day off. Doesn’t matter where they’re from, what they look like, what their creed, religion, or social status. None of that matters. It’s a Bad Bitch Holiday.” said Sabastian.

The video echoes the track’s energy. Directed by Sara Haile, it opens with a dedication to “all the beautiful women around the world,” and then offers narration from fellow West Coast star Saweetie about the nature of being a “bad bitch.” The rest of the clip stars Sabastian and multiple women, whose career info and social handles are shared in subtitles. Meanwhile, stats, tips, and affirmations flash across the screen. (One memorable bit of advice: “SELL YOUR BIRKIN INVEST IN CRYPTO.”) It’s all bright and endearing, high concept but instantly graspable—typical of Sabastian’s best work.

Coming after his scathing, observant record “America on Fire,” “Bad Bitch Holiday” showcases yet another thrilling side of Sabastian and sets the table for his forthcoming Sista EP, available on November 12. This is the first project since his independent, critically-acclaimed We Are God album in 2020. He’s already made his mark as a designer sought out by everyone from OVO to HBO; as a visual artist with murals coast to coast and at ComplexCon; and as an activist with headline-making events such as “The Gucci Bonfire DTLA,” and “Last Train to Nowhere.” He also launched his own brand, Skid Row Fashion Week, with a philanthropic mission to house the homeless. His custom pieces have been sported by Billie Eilish and A$AP Rocky, and publications like Forbes, E!, and Flaunt have extensively chronicled his work.

As he gears up for his new Sista EP, David will bring his high energy live show to Atlanta’s annual hip-hop festival A3C on October 24. “Bad Bitch Holiday” is a reminder that even after making an impact across cultures and sounds, Sabastian can also have, and spread, some good fun. 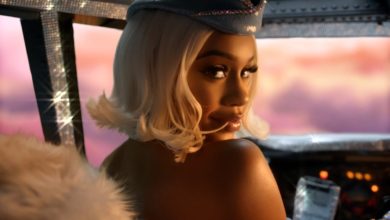 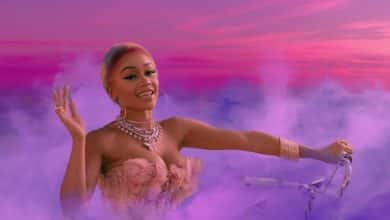 Saweetie feat. Jhené Aiko – Back To The Streets