Since the beginning of 2021, Jaraiyia Alize’, has become a hot topic for R&B and Hip-Hop fans. Today, the Danville, Illinois, native artist will release her first project of the year. It is called ‘The Piano Man’. Jaraiyia Alize’ has been approaching the R&B and hip-hop limelight for months, and now, it seems, she’s bathing in it. Jaraiyia Alize’ will soon be in the ranks of the fastest-rising up-and-coming artists of the month on streaming and more. Jaraiyia Alize’ had a breakout moment with the release of her music videos and short film trailers. She keeps building and growing her streams from there. In August, he reached the Top 200 Apple Music song charts for the first time thanks to a growing fanbase she calls Pearlz. Jaraiyia Alize´, is on her way to becoming the music industry’s next most promising songstress. Jaraiyia has an intense and relatable story to tell and what better way for her to express those emotions through singing and making music. With inspirational icons to admire such as, Beyonce’, Rihanna, Anita Baker, Miley Cyrus, and Taylor Swift; it’s with versatility and personal experiences that have molded Jaraiyia into yet another iconic artist in the making. Now working on an upcoming project with some notable collaborations such as Travis Cherry, Jaraiyia Alize’, plans to create music that inspires and memorizes fans. “I believe that I can bring diversity to the music industry. I love music from all cultures and walks of life. Music is what connects us as beings, and I want to connect us all. Through my music I plan to uplift, guide, educate, and heal the world. The legacy that I will leave behind is self-love, peace, and harmony amongst all Pearlz. I want to be remembered as the artist that healed the world.” Stay connected with musician and talented artist Jaraiyia Alize’. Jaraiyia Alize’ released her first ever NFT Project ‘Jaraiyia Alize’. This NFT project represents Jaraiyia’s first venture into the world of digital assets and is out now. The Piano Man non-fungible token (NFT) is part of Jaraiyia Alize’s first NFT collection along with The Pearlz NFT Auction. You can purchase it via M&G Collections and Rarible. 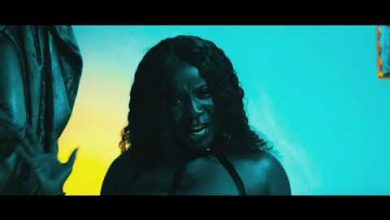