Journey Montana makes her return to new music Friday with the release of her emotively tantalizing new track and accompanying video to support “Looking For Love.” The sensational follow-up to her recently released singles “Good Girl” and “Bad Girl” featuring Metro Marrs takes a deeper dive into the rising star’s unique intricacies that holds to themes of love, loss, and liberation.

“Having one person see the worst in you while everyone sees the best in you can be eye-opening and refreshing. This song reflects many lessons I learned from being in that type of dynamic. The refreshing, sometimes motivating side of a toxic relationship or any “toxic” encounter. As biased as it may be, this perspective can hold weight. I feel like I’ve always been looking for love— everyone is, and someone calling you out on it can spark some serious self-reflection,” Journey shares.

The Solo Steze/ Jerm Juice produced track sets the stage for Journey’s anticipated forthcoming project, which is slated for a spring release. Late last year, she released two infectious singles, “Good Girl” and “Bad Girl” featuring Metro Marrs and received exceptional praise from all ends. The later track “Bad Girl” was released with an accompanying, steamy visual which showcases the Harlem-born songbird’s esteemed artistic range that she eloquently has grown into. Earmilk praised the track by saying “Bad Girl” has a soulful R&B beat with mellow bass and snaps… Montana’s voice is soft and feminine with a confident demeanor,” while outlets such as VIBE and American Songwriter coined the track one of the best new music releases of the week.

Earlier this week, Journey made her first live performance of the year at The Mint in conjunction with Nema’s Boom Boom Room. The event took place for the first time in Los Angeles and has become the hottest showcase in NYC during its ten-year reign as a platform that has helped launch careers of emerging talent in music and beyond.

About Journey Montana:
Some voices are unforgettable, and 19-year-old emerging singer and prolific songwriter Journey Montana is one of those that is truly destined for greatness. Once you’ve heard her smooth, sultry melodies paired with authentic and relatable lyrics, you won’t be able to forget them. Journey was born in L.A., raised in Harlem, developed in Atlanta, and emerges with a mix of styles that brings a fresh new sound to the world of R&B as one of today’s brightest new voices. Singing since the age of five, Journey has a legacy of musical Influences from some of her favorite icons Aaliyah, Etta James, Whitney Houston, Beyonce, and H.E.R.

Throughout her blooming career, Journey released a string of singles “Show Me Your Love,” “Case of The Ex,” “Lost You Mind,” which captured the hearts of many while touching the soul in a sonically pleasing way. Her debut project “In & Out” made its debut in 2021 and showcased her acumen for honing into her honesty and authenticity to complement her honey-hued vocals.

With all eyes on her for 2022, Journey preps her next full body of work release that’s on the horizon, having released two luminous singles to support with “Good Girl” and “Bad Girl” featuring Quality Control signee Metro Marrs. Both tracks pull back the curtains to Journey’s sensational artistic state of mind as she deep dives into aspects of vulnerability and openness that propels her to an on-the-rise status of stardom. In the space of entertainment, Journey can be seen gracing the screen as ‘Jen’ on the highly popular C.W. series All American. 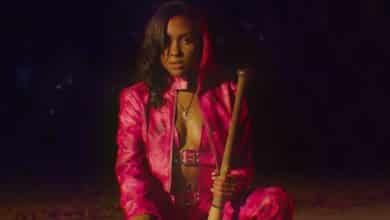