Vietnamese-American and multi-hyphenate artist keshi shares “TOUCH,” the romantic and pop-leaning single that puts an emphasis on his songwriting ability and the latest taste of what to expect on his forthcoming debut album GABRIEL. On “TOUCH,” co-produced alongside Elie Rizk, keshi croons about a complicated romance, one that he is receiving mixed messages from, singing, “Tell me that you’re taking it slow/But you’re pulling me close.” In the vignette-style video, directed by Sebastian Sdaigui, keshi and his date have a dreamy day in Malibu, deepening their connection to each other on a drive to the beach. There is an underlying sense of hesitancy in the way the pair catch glances in the video, hinting at the mixed messages that keshi croons about on the song. “TOUCH,” is the natural follow up to the first single from GABRIEL, “SOMEBODY,” which starts with the lyric, “Baby why the hesitation?” If there is anything to be garnered from the singles keshi has shared, it’s that GABRIEL will be deeply personal, romantic, and see keshi further explore the depths of his multi-hyphenate talents: songwriting, producing, and singing, to name a few.

As a special tease to his fans, keshi shared the tracklisting to GABRIEL, due via Island Records. On the album keshi doubles down on rich production, themes of romance, his signature falsetto, while not confining himself to one genre but blending lo-fi hip hop, R&B, pop, and more. keshi has a dedicated & growing fanbase and with the release of GABRIEL, he aims to take over the rest of the world.

ABOUT KESHI:
Monikered as keshi (stylized), a phonetic play on his name, Casey Luong broke into the scene with his 2018 project, The Reaper, earning early recognition for shaping the lo-fi discourse that’s flanking pop music. “keshi is now part of a peer group consisting of Flying Lotus and Joji and has proven to be a key voice in the internet-led genre,” PAPER declared, while VICE said, “the rawness that underpins keshi’s sound keeps fans coming back for more.” Though the alternative artist from Houston, Texas first made waves in the lofi-hip hop/study beats community, his powerful songwriting and vocal tone quickly gained him a mainstream following. With over a billion listens worldwide, keshi has gone on to become a streaming force with his acclaimed trilogy of EPs – Skeletons (2019), Bandaids (2020), and Always (2020). A self-reliant artist, keshi wrote, produced, engineered and played all the instrumentation on the projects, which when pieced together, the names of the three EPs describes the cycle of a relationship. His initial success includes making his Billboard debut when skeletons hit #59 on the Top Album Sales chart. Most recently, keshi appeared on the 88rising-curated Shang-Chi and the Legend of the Ten Rings: The Album for his song “War With Heaven.” It adds to a growingly impressive resume that includes getting co-signs by BTS members Jungkook and RM on their personal Spotify playlists, collaborating with producer Madeon on “beside you” and with DAY’s Jae on “Pillows.” Last summer, keshi was also YSL’s special guest at their Venice show. With no signs of winding down, keshi is laser focused on the mark he wants to leave behind. In past interviews, keshi has stated he wants to be remembered as an artist. And while he has high expectations for himself at 26, he is confident that his upcoming studio album will have a longer shelf life. “I think the biggest goal for me right now is to create a record that will outlast me,” keshi says. “I always talk about it as an opus record. I see Blonde as an opus record. I see Continuum as an opus record. I feel like I’m in a constant search to make something on that sort of scale. I strive for that.” 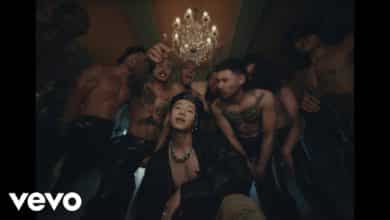