The Veteran emcee Koan Kenpachi released his second solo LP “Supremium” on all digital streaming platforms on 11.11.22. His first solo album “Chronicles of Dying Breed” was met with high praise from industry and the public alike.

The same team that produced the first LP is here again to deliver quality hip hop from the South. “Supremium” is definitely an evolution from what they gave you on Chronicles. The album is released under the label Daily Bread Productions. Multi instrumentalist & vocalist Sean Carey is back and delivers again with a solid chunk of the production, along with newcomer Rodney Weber from the famous NOLA Weber family. They present an outstanding mix of original compositions that are beautifully laid out for Koan to deliver his dazzling wordplay with the cadence to make any hip hop head fall in sync with the beats, rhymes and lyrics. With cuts throughout the LP provided by DJ Skratchmo, there is no mistaking that the Daily Bread Fam is about the culture.

This 17 track album co-produced by Koan Kenpachi, delivers a riveting display of his musicianship and lyricism.. Koan brings you music with an identity that’s innovative and fun. He shows a bravery in his work that seems to be missing from the popular scene. His upgraded skill set, styles and creativity are on full display on songs like “Weirdo”, “My Pet Monster” and “Cocky Roaches”. On tracks like “The 20’s” & “Lookin Around’, Koan speaks on social issues that’s relevant in today’s society. In all, “Supremium” is a remarkable display of artistry that delivers exactly what a hip hop head would love and appreciate.

Listen to the album below and watch the “Lookin’ Around” video above. 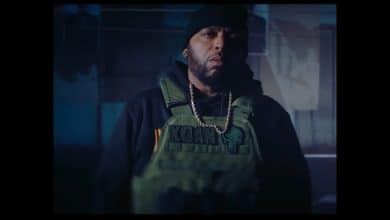