Hailing from New Orleans, Koan Kenpachi drops off his latest video: “The 20’s”.

The visuals to “The 20’s” depict the brutality of past years and touches on social ills that include police brutality, the protests of killings at the hands of police officers, racism, classism, politics and the politricks that can accompany voting in the United States, the pandemic, and all around depressing happenings.

In Koan fashion, his lyrics cause you to think – those lyrics include, “Blood in the streets, blood in the water … blood coming out of the chests of your sons and daughters”. The lyrics are thought provoking and aim to make a staunch social statement. With all that is going on in today’s world, the music reflects honesty and a depiction of the problems in our world, but most importantly, in the United States. In what is touted as the greatest country on earth, the song helps to point out we have a lot of work to do in order to live up to that title. What better way to do this than through music – rap music in particular. The world’s eyes are on us at all times and Koan helps to point out what needs repairing.

Watch the video above and stream the song below.

About Koan Kenpachi:
Born and raised in the city that is unique as its artist, Koan Kenpachi is definitely one to add to the list.
The New Orleans veteran hip hop artist has been on the scene creating memorable projects over the years. The hip hop performer and producer continues to prove he cannot be put into a box, because he just doesn’t fit.

Reminiscent of the 90’s style hip hop with his lyrical wordplay and innate ability to tell vivid stories. His music ranges from social continuous, to very personal feelings about the world around him, to his favorite style, battle raps. 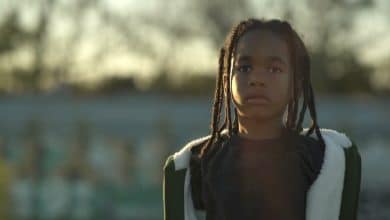