MUNI LONG returns today with a major close to a year embodied by compelling records and stunning visuals. Long’s latest offering, a single and visual titled “Build A Bae” featuring rap phenom Yung Bleu is available on all platforms today. “Build A Bae” finds Muni Long and Yung Bleu running down a tight list of deal breakers in order to date them – the melody and lyrics laced over an up-tempo, bass knocking beat produced by Damar Jackson. The “Build A Bae” visual was directed by Keoni Mars, and is Long’s 4th single release since her October 2nd introduction to the mainstream.

MUNI LONG released her debut EP Black Like This to fanfare on November 13th – a 7 track project that was an ode to the rich essence and beauty of the black experience through her lens. The EP boasted early single releases “Midnight Snack” Ft. Jacob Latimore, “Breakin Up” and “Nekkid” Ft. YFN Lucci, and offered fans stunning new visualizers that gave a first-hand look into the highly stylized and eccentric world of Muni Long. Black Like This comes under Long’s co-founded label imprint, Supergiant Records.

MUNI LONG, formerly Priscilla Renea, is known as one of the most successful and sought after songwriters in the music business. She spoke to VOGUE.com ahead of the release of Black Like This about the huge transition from behind the scenes and owning her own artistry. She states “Muni Long is the part of me that I always needed. She’s the protector of Priscilla.” “I knew I wanted to focus on me. I’ve been serving others for the last 12 years, and I started to feel unappreciated and captive.” 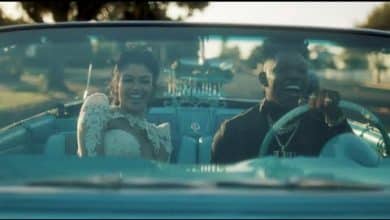