RZA and the Flatbush Zombies have established themselves as staples of New York’s storied hip-hop scene. Today the old school and new school have finally collided, with the release of “Plug Addicts,” the first of two singles from RZA and the Zombies.

“Plug Addicts” is out today, complete with a music video that pays homage to Tarantino’s classic flicks. Shot in a dingy abandoned theater in Downtown Los Angeles, RZA and the Zombies don Reservoir Dogs-style black-and-white suits; trading braggadocious bars over a spooky boom-bap beat, produced by The Abbott himself. RZA assumes the role of executioner, reimagining Mr. Blonde’s iconic cop-torture scene, while the Zombies find themselves trapped in a giant birdcage.

“Plug Addicts” will be followed up by “Quentin Tarantino” (out December 17th); another cinematic cut produced by RZA and Prince Paul, a rekindling of the horrorcore subgenre that RZA and Prince Paul popularized as Gravediggaz in the ’90s.

RZA shared some words about working with the Zombies:
“I’ve had my eyes on the Flatbush Zombies for sometime now. Their style of Dark hip hop lyricism is reminiscent of my days in the Gravediggaz. This type of collaboration was overdue.”

Erick Arc Elliott (of Flatbush Zombies) further elaborates, “In a lot of ways I saw RZA in myself, as a fellow producer/artist. We are making history together at this very moment. The music he’s made over the course of his career had a lot to do with why I wanted to make music in the first place, it’s beautiful to see these things come full circle.”

“Plug Addicts” was shot and directed by John Tashiro (of SHOTCLOCK) in Downtown LA.

RZA’s company 36 Chambers ALC has also recently announced a partnership with MNRK Music Group. Beginning today with the release of “Plug Addicts”; 36 Chambers and MNRK will release a host of projects throughout the coming months, which includes the highly anticipated album Saturday Afternoon Kung Fu Theater by RZA and DJ Scratch, as well as a Joey Bada$$ collaboration, a new artist Weather Park, and even the long-awaited Bobby Digital album.

Fans can also look forward to the release of Bobby Digital and the Pit of Snakes, an original graphic novel to be released in May 2022. and available for preorder now. The book will be released in both softcover and hardcover formats in finer bookstores, comic shops and record stores everywhere, with special limited deluxe and super deluxe versions available.
A Bobby Digital Reaction Figure is available now for preorders for the month of December only here at 36Chambers.com. This RZA ReAction figure of Bobby Digital features detail that highlights the character’s asymmetric, cyborg-like appearance, and comes packaged on a metallic cardback that features cover art from the Bobby Digital in Stereo album.

Alan Grunblatt, MNRK’s President of Urban Music says, “In 2022 RZA as Bobby Digital will leave his mask on but will go mainstream. Get ready for the next hip hop superhero. Bong, Bong.”

RZA says, “My creative roots are founded in music, not only as a performing artist but as an entrepreneur. The MNRK partnership with 36 Chambers creates a wonderful opportunity to bring new music to the world. Aligning and reconnecting with longtime business friend Alan Grunblatt is sure to make this journey a great addition to my musical legacy.” 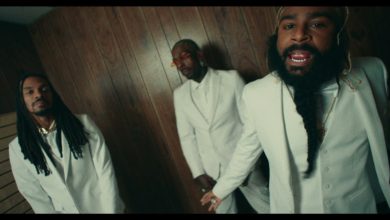