“I’m so excited about ‘Bad Life’ being out in the world with the Bring Me boys! We’re really proud of this one, and we hope it can bring some comfort 🙂 It might not be the most likely collab, but we’ve been fans of each other for a while and we’re so happy we could collaborate on this song. And filming the video was an amazing and crazy experience in itself!” – Sigrid

“Jordan & I wrote this song in lockdown, remotely. We loved the message, but it wasn’t really fitting with the brief of the record we are currently creating. When we found out Sigrid was a fan, we felt like it was the perfect fit for her, although initially I was reluctant as I felt like it was such a special record. Then Sigrid asked if I’d duet with her on the track and that sealed the deal!” – Oli Sykes

At Reading and Leeds festival last year, one of Sigrid’s most anthemic songs from her highly anticipated second album How To Let Go materialized. After a chance meeting with UK rock band Bring Me The Horizon backstage, they realized they were both fans of each other’s music. This led to vocalist Oli Sykes and keyboardist Jordan Fish sending a demo, they all got in the studio to lay down lyrics, and the tear-stained rock ballad “Bad Life” was born, released today on Island Records. “It tells the story of when things are rough and it can feel like you’re never going to stop feeling sad,” says Sigrid, with searingly beautiful lyrics, “It’s just a bad day, not a bad life.” Pairing the Norwegian pop sensation’s uplifting powerhouse chorus’ and with Bring Me The Horizon’s ability to capture intense emotion, the song is a mighty allegory for taking struggles with mental health day by day. The video, directed by Raja Verdi (Holly Humberstone, Celeste) takes the viewers through an epic storm of emotion, showing both festival favorite performers Sigrid and Oli powerfully moving through inner turmoil: “The concept for this one- shot film was to lean into the themes of having to get through the bad to eventually reach the other side – life can certainly feel like a rollercoaster sometimes,” says Raja.

This year has been an important time of collaboration for Sigrid. Having met Griff at a fashion show, the two pop stars bonded over pizza and their experience in the music industry and got in the studio and wrote the mighty firecracker “Head on Fire,” which won the Best Collaboration at the NME Awards 2022. Sigrid has since released stadium rock-ready banger “It Gets Dark,” which lyrically pulls off that very Sigrid trick of zooming in on the personal while keeping it universal and looks closely at the two sides of her personality and how they’ve been magnified by being in the spotlight. Set to release her highly anticipated second album How To Let Go on May 6, 2022 – the follow up to 2019’s critically acclaimed UK top 5 album Sucker Punch – the past few years have been a time of deep reflection for Sigrid.

ABOUT BRING ME THE HORIZON:
Bring Me The Horizon has sold over 4 million albums globally to date, played sold-out shows in over 40 countries, including two sold out nights at London’s O2 and one night at The Forum in Los Angeles, wowed a traditionally non-rock crowd at Glastonbury Festival in 2016 and 2018, and stole the show at high profile festivals across Europe all summer 2019. They have now also amassed over 1 billion video views on YouTube. Bring Me The Horizon are vocalist Oli Sykes, guitarist Lee Malia, bassist Matt Kean, drummer Mat Nicholls, and keyboardist Jordan Fish. 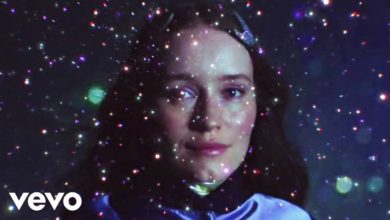 Sigrid – It Gets Dark 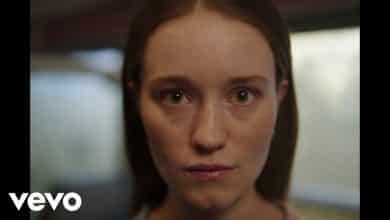