“‘My Love’ feels like summer time Chi, backyard BBQ, new hair cut, fresh fade, windows down and block club party all mixed in one. It’s every bit of Black familiarity during the summer months that brings you instant feelings of nostalgia. Soul, it feels like soul. Heard this beat from Rob Holladay and knew it was GONE! If I could be anything in life, it would be an R&B crooner lol. Since I can’t sing to save my life, I had to shift to an Arin Ray and an Avant sample. But I started writing to this record as soon as I pressed play and happy I did. Been a fan of Buddy for a while so my dawg MixedByAli connected us and I think we did a pretty good record” says Steelo.

After quarantine forced Steelo to slow down & look at self, his therapist challenged him to complete something he always wanted, so he started to embark on this musical and creative journey. Inspired by his therapist to start creating records, Steelo views these releases as “sessions.”

About Steelo Brim:
Comedian, producer, writer, actor, and now musician, Steelo is best known as the co-host of MTV series Ridiculousness, which has run over 26 seasons in 11 years, as well as his weekly comedic podcast, Wine & Weed. Navigating the music industry through A&R & publishing, he worked with Miguel, Nicki Minaj, Kendrick, MikeWillMadeIt & more. 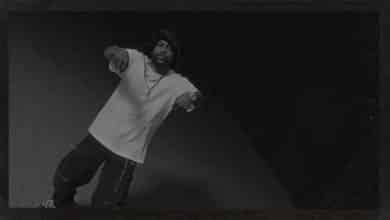